Classix is the C&H’s monthly magazine issued free to all club members. It contains among other things news of forthcoming events, reports and photos of recently held events, club calendar, for sale/wanted ads etc.

Below you will find an article from a recent edition.

Restoring an Austin A35

I HAVE a 1957 Austin A35 that I have been restoring as a playmate for our Bedford CA and Pontiac Firebird. I have been at it for 18 months now and what started out as a quick respray after some repairs to the sills has turned into a full ‘nut & bolt’ rebuild.

I have restored a few cars over the years and spent 10 months doing my Pontiac in my single garage at home a few years ago, which meant spraying it with a tarpaulin over the door as it was too big to shut it. We had owned an A35 a few years ago, which I had bought to sell. Terrie loved it but was terrified when she drove it, as she wasn’t used to 1950s brakes (or lack of them). We sold the car a few weeks later, but I always thought it would be nice to own another and modify it.  A friend who used to look after our dog had one in his barn and I agreed to buy it with intention of fitting a 1,275cc MG  Midget engine, gearbox and front disc brakes, etc. The midget parts all drop straight into an A35 and are a popular swap.

Once I got the car back home and started to strip it I realised that the rust in it was a bit worse than I thought and decided to mount it on a rotisserie and have it sandblasted on the drive. I rapidly realised that areas that looked like underseal were now fresh air and at one time I thought that I had bitten off more than I could chew, as although I could join two bits of metal together, I would not say that I could weld. In the past my father-in-law would be called in for welding, but there was so much to do I decided to buy myself a quality Oxford mig and teach myself to do it. Original panels are not available for the baby Austin and the quality of the reproduction stuff can be pretty dire, so I bought a metal folder and a bead roller and made most of them myself, after a bit of practice. I ended up replacing both rear inner wheel wells, inner & outer sills, front floor pans, front hinge reinforcement, inner wings and a host of other repair panels. Eighteen months later I have just finished welding the shell and have started prepping it for spraying. In that time I have purchased the Midget parts and everything else we need, including a new interior and new bumpers to put it back together. The original idea was to paint up the engine and drop it in and see how it went, but I have got so deep into the project it is now being re-bored to 1,330cc, with a gas flowed, big valve head with high lift cams, etc so it should hop down the road like a frog on crack. 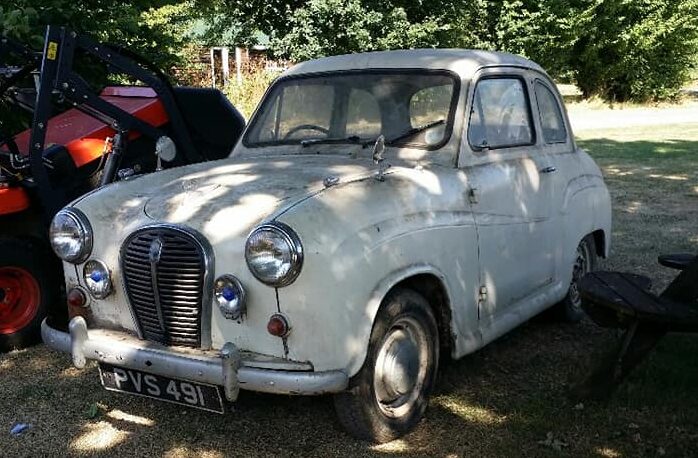 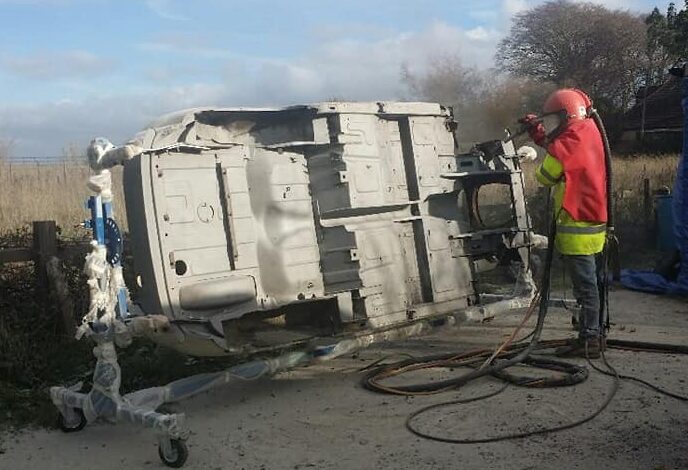 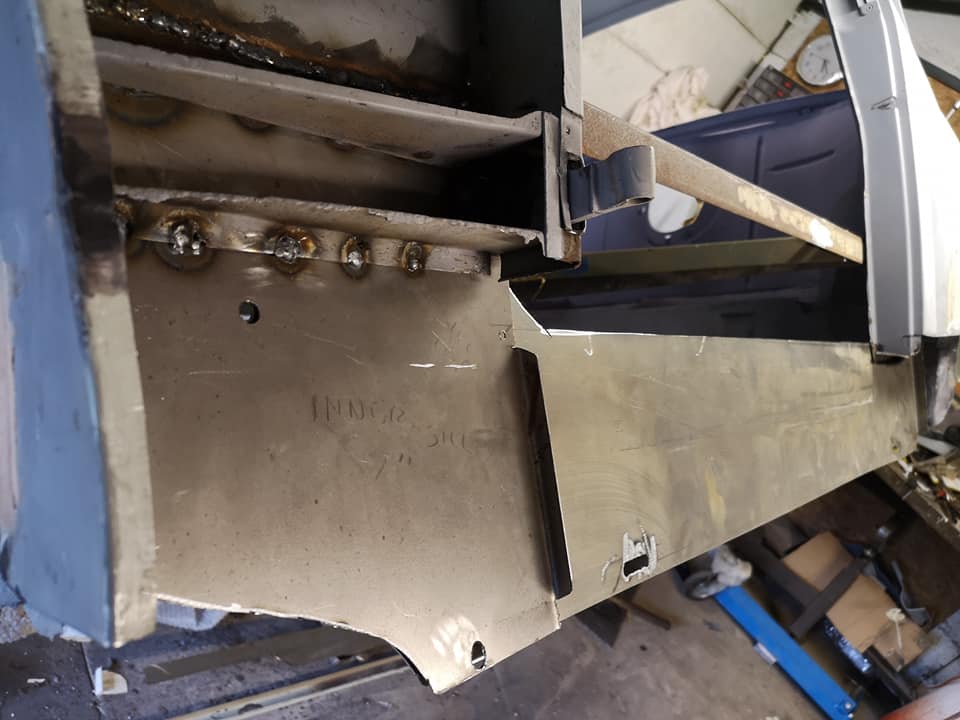